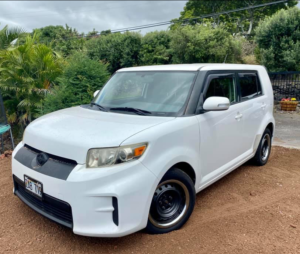 In January, I found a really reasonable car for sale from a woman leaving the island who posted it on my Kona Newbies group. I bought it thinking it would be a great rental for my “friends and family” coming to the island who needed affordable transportation. Who knew that in a few short months, we would have a huge influx of tourists needing a scarce supply of rental cars? Someone in the newbie group oddly blamed the people in my group of “hogging” the rental cars as she could not understand why she could not find a car to rent when she was trying to move to the island. One of the members noted that there was a general car shortage due to the lack of parts needed to make the cars. Within a few days Forbes and CNN hit on the issue and said it was nationwide issue and hitting vacation destinations the hardest!

I alerted our local reporter to the issue as I started seeing price gouging and desperation around the unfathomable reality that there are no cars left to rent in April. Here is that article. ‘Carmageddon’ Crashes Into Big Island, as Rental Industry Swallowed by Mass Demand

There is a little story in the article with how I helped a visiting family and asked to have my name left out of it.

A Trying Trip to the Big Island

Traci Thompson was a day away from the Big Island when she started growing nervous.

Her family of four, visiting from Lubbock, Texas, flew into O´ahu on Saturday, March 13, with plans to zip over to the Big Island the following Wednesday. They had not pre-booked a vehicle because they were told renting a car in Kona was typically a simple endeavor. 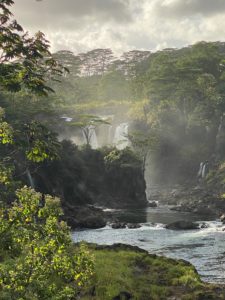 However, they began to catch wind Tuesday that they may run into transportation problems upon their arrival. Thompson said her husband started by calling the national rental companies, those with options at the airport, but to no avail.

Then they began inquiring with the local, mom-and-pop shops. No cigar.

The Thompsons then checked TURO. Sold out.

“By Wednesday, we were starting to panic trying to figure out what are we going to do,” she said.

Eventually, Traci resorted to Facebook and came across MoveToHawaii365.com, a local website/blog where others were discussing similar difficulties procuring a rental car and searching for answers. Thompson did not find a vehicle there, but she found something else — a ride to the other side of the island.

Yes, I became a tour guide that day and took the family to the water falls on the East side! I donated some of the money they paid me for my time to local charities, too. But, it showed me how coming to the island without a car can be vacation crushing!

So, if you are planning to come and scope out the island or to visit, reserve your car in advance! 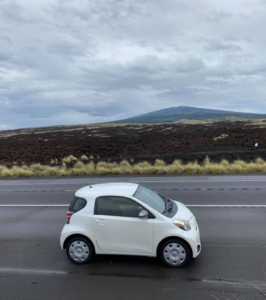 And for the record, my Scion XB is booked until mid-June.

Look on CraigsList and see if locals are offering cars at this point. If you are looking for an island car, my friend Tammy in East Hawaii is renting out cars. 360-421-6838

(If you are planning on buying a home this summer and beyond, reach out to me as I provide my car at an affordable price (with rental car contract and you need an insurance waiver) as part of my 365Ohana service).