After months of multiple offers, are we finally seeing a bit of a slowdown? Realtors on both Oahu and Hawaii Island, say yes. I sat down with the incoming President of the West Hawaii Association of Realtors, Lance Owens, LUVA Real Estate, on September 10th to discuss the August real estate statistics and talk about the September housing market in West Hawaii.

Lance discussed the statistics and trends in this video if you want him to tell you the story, while we chat numbers and trends and answer questions from our live audience on Facebook.

Edging Up To A Median of A Million

“The run up in the median home prices have had our island teetering near the million dollar mark for months”, Owens shared during a live Facebook event on September 10th.  The Honolulu Board of Realtors just reported Oahu hit that million dollar median price for the first time last month.

According to statistics from the Hawaii Information Service,  August’s median sale price for single family homes in North Kona was up 39 % from $668,887 in August 2020 to $936,000 in August 2021. For condominiums, North Kona actually saw a slight dip of 3.75% from $400,000 last August to $385,000 this year. The condo market roared like a Leo this August, with 35 sales last year compared to 51 this year. That is a 45% increase year over year, as more people priced out of the single family home market, picked up condos in North Kona, instead.

(The median price is a point at which half of all sales were for a higher price and half were for a lower price.)

A Changing Market in West Hawaii?

But is the market changing? Owens told the viewers that he had heard of Oahu homes getting over 50 offers on some homes and now that amount has lessened to 15. In West Hawaii, Owens is seeing homes that had a dozen offers down to three or four, which shows that buyers are facing less competition in the market. Some pundits state that seasonality has returned to the market, and that August and September in Hawaii are usually the slow months as we head into fall. (Normally, January and February are our high season)  Inventory is slowly starting to build on the island, which is what the mainland is seeing in their markets, as well.

Personally, Eric and I are seeing less emails from folks asking for referrals to our Realtor network to purchase homes in the next few months. Quite a few are deciding to rent for six months to a year to get a feeling for the island and to see how the housing market behaves before they want to dive in.

The demand from last month, where out of 46 homes that sold in August, 15 sold in less than 5 days, shows that buyers are still looking to either make Hawaii home, purchase a second home while rates remain low or buy their retirement home now and rent it out until they get here in the future.

If you would like to discuss the market statistics or neighborhood dynamics in places around the island you are interested in buying a home, contact Eric Ziemelis, LUVA Real Estate, and he can send you specific information and either set you up on a listing alert so you receive homes as they come on the market in the areas you are interested in, or refer you to one of our Realtor partners all over the island to discuss specific markets with you. Eric@Ziemelis.com 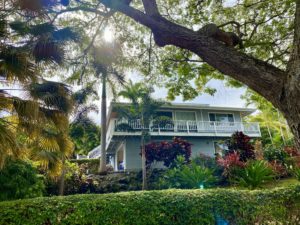